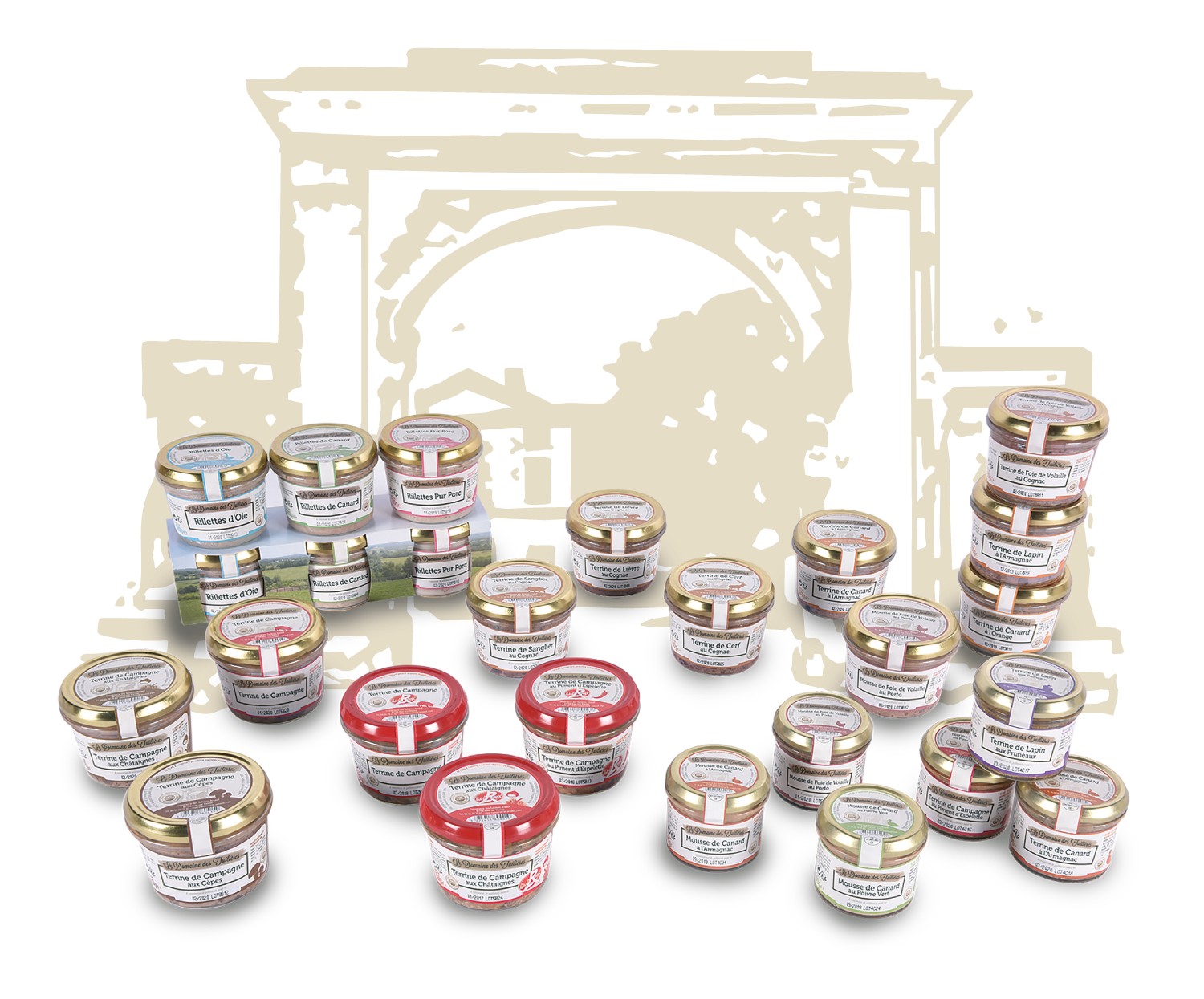 — An issue of taste and family —

Based in Aixe-sur Vienne, in the heart of the Limousin region, in the southwest of France, the company Conserverie des Tuilières, has been perpetuating the charcutière tradition of Pâtés and Rillettes since its creation in 1950, by the Arnaud family. It has managed to preserve its traditional “savoir-faire”, which ensures the quality of its products, while adapting itself to the new industrial techniques. Le Domaine des Tuilières perpetuates thereby the balance between tradition and modernity, respecting the environment and for everybody’s delight.

A company with a national
and international overview, and a steady growth

With a turnover of several million Euros, a production capacity of tens of millions of different format glass jars per year, as well as a dynamic and skilled team, the society has grown steadily and it has been thus able to become today one of the leaders of Pâtés and Rillettes in glass jars in France.

It adapts its services to all sales channels both in France and abroad. Its regular participation in international trade fairs enables it to keep on finding new business partners for the distribution of its products.

A development built
on solid foundations

A close-knit and entrepreneurial family. A complete and attractive range adapted to all distribution channels. An authentic “savoir-faire” to manufacture WHOLESOME and NATURAL products:

A modern and highly competitive factory, with a production plant of 6 500 m², equipped with efficient systems that meet the strictest Quality, Traceability and Security food requirements. Continuous investments and innovations in order to meet consumer demands in terms of both taste and quality.